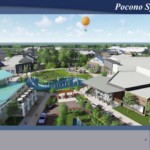 TOBYHANNA TOWNSHIP, PA – A $350 million Entertainment Destination Village is in the final stages of conceptual development in Tobyhanna Township. The Pocono Springs Entertainment Village is a joint venture between JEMB Realty of New York and Denver-bas …Read More »

Governor Wolf has announced the release of two RACP grants for Monroe County which will be administered by the Monroe County Industrial Development Authority (MCIDA), sister organization to PMEDC. The Smithfield Gateway project, being developed by DEPG …Read More » 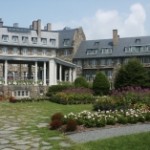 Skytop Lodge, a resort in Skytop in northern Monroe County, made its debut on the AAA list of four-diamond hotels. The AAA on Wednesday released its annual list of five- and four-diamond rated hotels, and Skytop made the list for the first time. It joi …Read More »

The Commonwealth Financing Authority approved 16 new Local Share Account for Monroe County grants at their meeting on Tuesday, January 23, 2018, 8 of which were submitted by the Monroe County Industrial Development Authority, sister organization to PME …Read More »

(East Stroudsburg, PA) – January 18, 2018 – The Pennsylvania Acceleration Awards are designed to recognize and honor organizations and leaders that are driving technology and innovation across the Commonwealth of Pennsylvania. Awards were presented in …Read More »

Two independently produced studies show that Northeastern Pennsylvania is one of the best locations in the country for companies looking to open new food and plastics manufacturing facilities. The Boyd Company, an internationally recognized site locati …Read More » 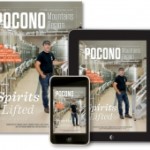 In a significant expansion of our digital marketing efforts, we are collaborating with Livability Media to promote the Pocono Mountains region online, in print and via social media as a great place to live, work, invest in and grow. The key elements ar …Read More » 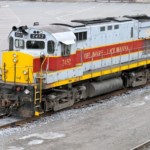