PPL Electric Utilities plans to bring automated grid technology to Monroe County next year, a $10 million project that will improve the reliability of electric service to 70,000 customers.

Design and engineering work completed this year will open the way for the installation of 230 automated devices on 52 distribution circuits as well as upgrades to 16 area electric substations, mainly in Monroe County. The bulk of the construction work will be performed between March and November of 2013, with full benefits in place in 2014.

The automated distribution system will sense where a problem occurs on the line, such as a fallen tree, animal contact or vehicle accident, and automatically reroute power from other lines – all in a matter of moments so that the majority of customers only experience a momentary interruption. It will also help crews to identify the location of the damage, eliminating the time normally spent on inspecting lines that can be miles long. 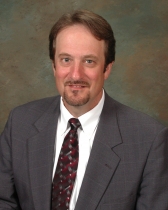 “We targeted Monroe County for this project because we believe it’s an area where automation would have the most benefits, in terms of improving reliability for our customers,” said Paul Canevari, PPL’s regional community relations director for the Pocono region. “Our goal is to reduce the number of outages and outage length. With improved reliability, we hope to better satisfy our customers in the area.”

Historically, customers in the Pocono region have experienced more outages of longer duration than the average PPL customer. This is partly due to the wooded and mountainous terrain in the region, Canevari said.

“Our power lines pass through many heavily forested areas in northeastern Pennsylvania. When tree limbs fall on wires and poles, the new automated devices will detect situations like this and automatically reroute power around downed lines,” said Canevari. “So, we believe we’ll have fewer customers affected by outages and shorter duration interruptions.”
Learn about smart grid technology by viewing the “Strengthening Our Delivery System” video at www.pplelectric.com/smartgrid or https://www.youtube.com/watch?v=yxRVYhPthJ4

What it is and how it works

Typically, if a tree falls on a distribution line, power isn’t restored until the outage has been reported, crews have opened switches at both ends of the affected section, the tree is removed and the switches are closed.

In the event of a local interruption, the grid sensors can detect the fault and automatically send energy to another circuit serving the area. Customers could be back online within minutes. By comparison, it might take a field crew an hour or more to patrol the line, identify the problem and reroute power to another circuit before fixing the line.

The technology that makes this possible can be compared to a brain, a body and a nervous system that connects the two.

• The “brain” is a new distribution management system that is made up of many operating programs that constantly monitor and analyze power flow and can automatically take action in certain situations. The system’s capabilities can also be used on areas of PPL Electric Utilities’ delivery network that do not yet have smart grid devices installed.

• The “body” is the collection of hundreds of remote switches, relays, sensors and other devices that gather information from local circuits and can respond or act based on remote commands from the utility control center.

• The “nervous system” is high-speed communications equipment that enables communication between system operators and our substations and devices in the field.

PPL Electric Utilities is investing $3.6 billion over five years to upgrade its transmission and distribution systems as part of an ongoing, long-term commitment to replace aging infrastructure and modernize its systems, improve operations, and strengthen reliability for customers.

In 2009, PPL Electric Utilities designed its “smart grid” pilot project in Dauphin and Cumberland counties around Harrisburg to benefit approximately 60,000 customers. The three-year, $40 million project, supported with a federal stimulus grant, became the basis for the second phase of smart grid deployment in the Pocono region. The Harrisburg project involved installation of about 500 automated devices along local distribution circuits, upgrades at 10 area substations, and construction of dedicated wireless and fiber optic communications systems.

PPL Electric Utilities, a subsidiary of PPL Corporation (NYSE: PPL), provides electric delivery services to about 1.4 million customers in Pennsylvania and consistently ranks among the best companies for customer service in the United States. More information is available at www.pplelectric.com.