In February 2003, Pocono Mountains Industries and the Business and Economic Research Group at East Stroudsburg University released the results of the Workforce Survey conducted during the previous year. 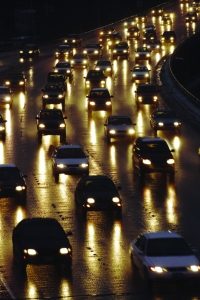 Of the commuters that responded to the survey, the types of skills identified were primarily administrative, service and technical. These are individuals who may not necessarily be included in workforce statistics collected for Pennsylvania or specifically for Monroe County since out-of-state commuters are not counted as part of the local labor force.

The survey results also state that one out of four Monroe County workers commute to work outside the county, so based on an overall workforce of approximately 57,000 people, the survey estimates almost 15,000 commuters.

Since the survey was released, additional data has become available through the US Census Bureau that shows more than 20,000 Monroe County residents commute to New York, New Jersey and the Lehigh Valley to work every day.

These commuters represent a significant number of skilled workers who would be interested in working closer to home.